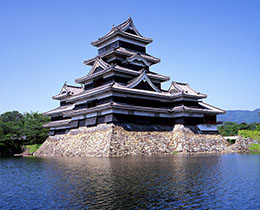 Matsumoto castle is amongst the oldest of the few remaining original castles in Japan, having been built about 400 years ago during the Sengoku Period (Warring States Period). In April, 300 sakura (cherry blossom) trees bloom at their peak, whilst snow covered mountains stand proudly across the valley as a backdrop. At night as the blooms of the sakura are lit up and in the light of the moon above, visitors can participate in the experience of a traditional Japanese tea ceremony as Japanese traditional music played from the castle’s moon viewing room resonates into the night.

The Matsumoto City Museum (Japan Folklore Museum) located next to the castle, displays historic items of the Edo period and other eras, as well as folklore items of Matsumoto, including Matsumoto’s temari balls and pressed (fabric) dolls for the Japanese doll’s festival. 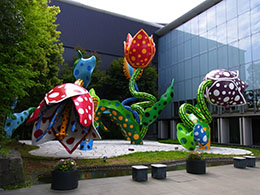 The eye catching tulip sculpture of Yayoi Kusama, stands out distinctively at the entrance.The museum is active in continuously hosting special exhibitions of renowned painters and popular artists. The building of the museum has received the BCS design award and its delightful central courtyard may be freely entered.

This internationally highly rated collection continuously features a display of 150 to 200 Ukiyo-e masterpieces at a time.
It has a Michelin Green Guide 2 star rating.

Lined with classic Japanese style earthen walled stores, this quaint street has over 100 years of history.
Meanwhile, across the Metoba river is the intriguing, Nawate Dori (street), a pedestrian’s paradise and an really enjoyable place to roam and poke about. 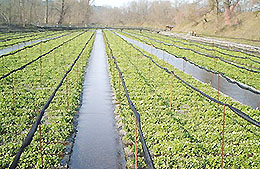 Lying in the peaceful outskirts of Hotaka town in Azumino, this wasabi farm is recognized as being the largest in Japan. Founded in 1915, the farm has enjoyed a long history throughout the years, that has even seen it feature in the 1990 film, Dreams, directed by the internationally acclaimed director, Akira Kurosawa. The quaint watermills that were especially constructed for the film, remain on the farm today. 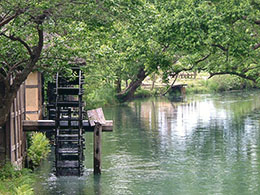 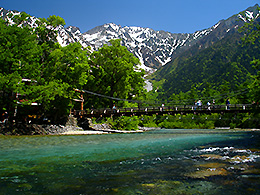 Visited by 2 million tourists and Alpine enthusiasts every year Kamikochi is a place well noted for its stunning scenic beauty. Lately, it has also been gaining in popularity amongst nature loving visitors from around the world. So in order to protect and maintain this environment of pristine beauty, the entire area is off limits to private vehicles. From a well-paved walkway, visitors can experience firsthand the Japan Alps, capped with snow throughout the year, reaching up to the sky and heights of over 3,000 m. A beautiful collage of golden autumn leaves is seen from mid to late October, as the trees colors change.

Various styles of trekking and camping can be enjoyed ranging from 2-4 hour hikes within Kamikochi to a day trip climbing Mt. Yakedake, a volcanically active mountain, or even scaling the 3180 m high Mt. Yarigatake, which has been called the Matterhorn of Japan. 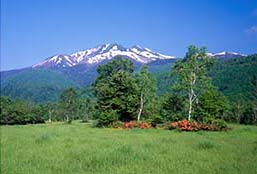 This is a highland area spreading out at the foot of 3,026 m high Mt. Norikura. There runs the highest altitude road in Japan, whereby visitors can reach as high as 2,702 m above sea level by bus.

There is also a year around snow blanketed valley where people can enjoy summertime skiing and playing in snow until mid-August, and from mid-May to mid-June people can take a walk between snow walls which tower up to heights of 5 to 10 meters on either side.

The famed October foliage ablaze in autumn color follows the beauty of the flowers and lush rich greenery of spring and summer.

These after the crisp winter, when visitors can indulge in skiing, for which Norikura is a popular tourist destination throughout the year. Featuring its hot springs with their milky colored onsen water bubbling from the earth, this area is ideal for families. 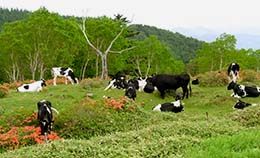 The name means “the beautiful plain”, and is a highland on the eastern side of Asama Onsen, at an altitude of 2,000 m above sea level. Visitors can access an area very close to its highest point by car or bus. Its 360° panoramic scenery enables visitors to see Mt. Fuji when the weather is fine. 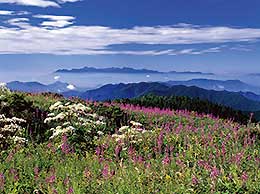 The highland is home to a rich variety of Alpine plants, amongst which, red Japanese azaleas are famous, that bloom from late June to early July.
Also famously, cows roam a highland farm area there, where their fresh milk and butter can be enjoyed, along with a large open-air art museum, with works from both Japanese artists and others from around the world. 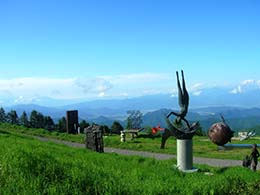 This outdoor sculpture and art display which features around 350 works in a spacious highland area, is popular amongst foreigners.

It is definitely worth your time and money to stroll along the trails between, beside, and beneath the works of art. The sculptures range from the awe-inspiring to the quite bizarre. Basic explanations are in English on plaques next to the art. There is also a nice indoor gallery that is included on your ticket. 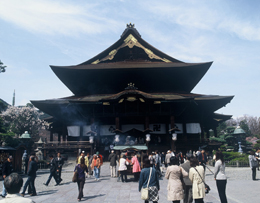 Located in Nagano City is Zenkoji, a temple with a very long history and to which still people young and old visit from all around the country.
The Hondo (main temple building), is the largest wooden building in eastern Japan, and with its roof area being the largest in Japan,it, along with the Sanmon gate, areis an overwhelming sights for visitors.
Lining the approach to the temple are a number of shops that emanate a sense of history. 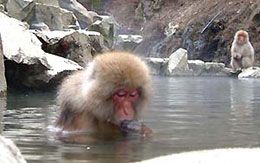 The only place in the world where wild monkeys bathe in hot spring water. These hot springs are popular among visitors from around the world. 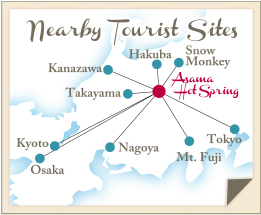