Winters harshness past, spring in Asama Onsen is a season of Joy, as recovering again new life begins, sakura (cherry blossoms) and flowers of many types, all in concert blooming.

You can hear the voice of the nightingales, right throughout the town, where mountain vegetables harvested, are sold in the local market. 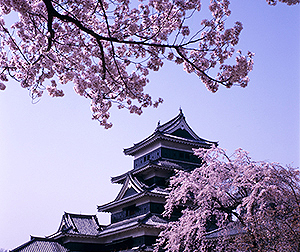 There are many places famous for cherry blossoms around Asama Onsen, including Matsumoto Castle, where you can see beautiful blossoms between early April and around Golden Week (end of April), depending on the location and temperature.

In late April, Kamikochi reopens, where you can enjoy beautiful scenery having the Japan Alps as a backdrop still coated in snow. 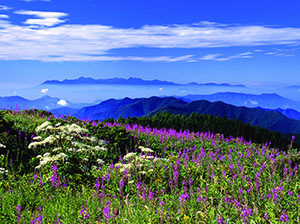 The holidays of May now past, frogs begin there nightly chorus in the rice paddies.

Nagano Prefecture, having such a high percentage of sunny days, tends to have many sunny days even during the rainy season. The rainy season ending in July, the refreshing days of summer come, while a variety of alpine plants bloom in the highlands. 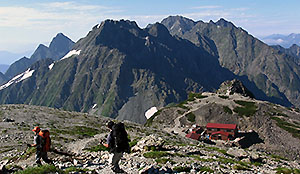 During summer holidays, especially in mid-August, the town bustles with guests and many people walk through the town in yukata (summer kimono). 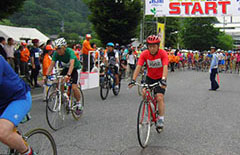 Tour de Utsukushigahara is a renowned bicycle race held in late June. The race starts near Asama Onsen. The length of the race is 21 km, which even though harsh, covering a route climbing through an altitude difference of 1,270 m, is a pleasure to watch, as many cyclists join the race from around the country with their bikes and cycling gear in a bright array of color.

A festival of classical music, directed by Seiji Ozawa, a world renowned conductor. This is a world class festival, which gathers talented musicians who are active in their art from around the world, to come together to form an orchestra, especially for the festival.

The main venue for the festival is the Kissei Cultural Hall, located near Asama Onsen. Though tickets for the festival tend to be sold out quickly, some tickets may be available on the day, if you are lucky. There will also be public viewing access available on a big screen in the central city. 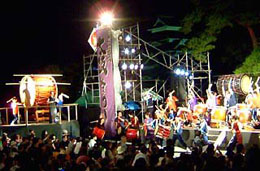 In the last weekend of July, a Taiko Drum festival is held, in which elementary school children also participate.

Performing groups from all over the country present the traditional Japanese entertainment form of “wadaiko” in the gardens of Matsumoto Castle and in the central city. The eyes of the audience will be treated as they feast upon the spectacle, with the backdrop of Matsumoto Castle’s silhouette in the twilight, fittingly complimenting and enhancing the performance of musical instruments such as wadaiko drums and the shakuhachi. The festival is also popular among foreigners, some even coming from overseas, just to see this festival.
Admission is free. 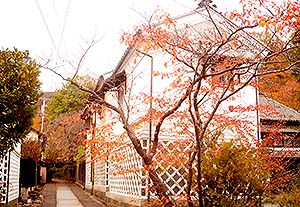 In September, townfolk begin to chatter about mushroom hunting, as a large variety of mushrooms are lined up at the local markets. It is also the harvesting season for mountain delicacies, including grapes, apples, and chestnuts.

The changing colors of fall foliage begins in the upper alpine areas in October, and over the period of a month, gradually descends to town and the central city on the plains. 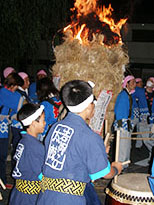 In the Asama Onsen area, the Taimatsu (great burning torch) Festival, which is known as one of the three strangest festivals of Japan, is held one night in early October.

Wishing for rich harvests and peace, people carry burning torches made of straw left over from the rice harvest, walking around the town.

With more than 100 flaming torches, and some of them are as big as 3 meters in size, billowing pillars of smoke shroud the district, while the folk have a great time smearing soot one another’s faces. 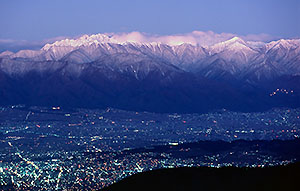 If visiting Asama Onsen on a snowy day, you can relax your body and mind as you soak in a snow-viewing bath.

In December, ski fields such as Norikura open. Along with alpine-skiing and snowboarding, riding a sleigh or playing in snow in the kids’ park area, walking in snow shoes, or skiing in nature are all great winter activities which can be enjoyed in Nagano Prefecture.